Enrich the soil during the winter months

With the onset of autumn and shorter days, work in the fields is starting to slow down. Most crops have already been harvested and the most frequent scene in the countryside is an expanse of tilled land with no cover and hence exposed to the air and weather. This period, from the end of the harvest of the main crop until sowing of the new crop, is the time during which the soil can be fed, enriching it with nutrients and maintaining the microorganisms that live in it. One possible technique is green manuring, a farming practice in which vegetables (mainly leguminous plants) are planted as cover crops to nourish the soil rather than for production purposes. These crops are sown in the autumn and cut in the spring. Apart from feeding the soil, this practice produces multiple benefits, including enriching the soil with nitrogen, absorbing excess water, mitigating the effects of frost and consolidating the terrain to prevent possible soil loss.

Green manuring in winter should not carried out by means of exclusively leguminous cover crops, which are susceptible to frost. Green manure is normally created with a mixture of legumes, crucifers and grasses. In summary: legumes fix nitrogen in the soil, crucifers provide frost protection, and grasses function as cover crops. Multi-species seed mixtures specially selected for optimal results are available on the market. One interesting crop mixture is a combination of vetch, field beans, peas, clover and phacelia.

Another highly effective species is mustard, which is used for its ability to destroy harmful components, and crops such as strawberries, potatoes and tomatoes. Leguminous plants penetrate deeply into the soil and, when used in conjunction with mycorrhiza, they enrich the soil with nutrients and maximise its biological activity. All too often we look at the surface without delving into what is actually happening within the soil. 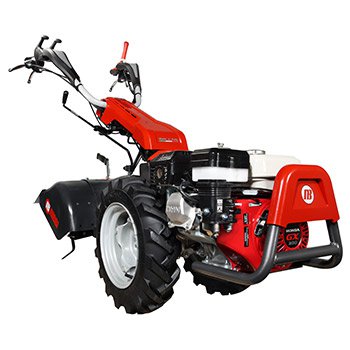 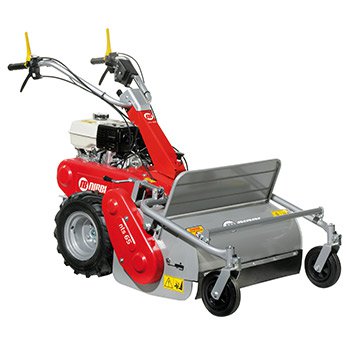 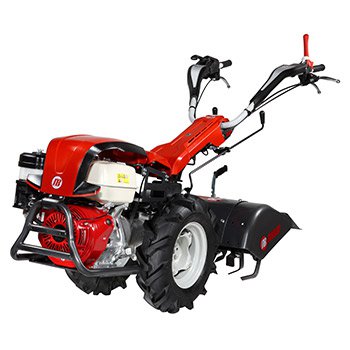 Once spring comes around, before the plants start to become woody, we need to return the substances absorbed by the cover crops to support their growth, to the soil. The soil is fed by supplying biomass with two techniques: digging in the green manure or cutting the crops. Green manure can be incorporated in the soil by means of a plough or subsoiler which, as mentioned in earlier articles, can be hitched to a rotary cultivator such as the Nibbi KAM 13 S (in this case, the use of ballast weights is recommended). Once the green manure has been turned under, a period of between 15 and 20 days should elapse before sowing the main crops.

Green manure can be cut with a flail mower to break up the various crops so that the composting process can start as quickly as possible. Rather than simply cutting the crops, a process that tends to stimulate new growth, the flail mower cuts and bruises the plants to create the perfect mulch in preparation for sowing. Once again, the entire process can be carried out with a rotary cultivator or a flail mower.

While it is not obligatory, green manuring is the ideal practice for growers seeking the maximum results with the minimum effort.

Rules and steps for perfect soil

A massive challenge for a better world